Cybersabotage: Revenge of the disgruntled employee?

Cybersabotage: Revenge of the disgruntled employee?

Workplace vandalism is so . . . brick and mortar.

An employer recently posted a vacant job online. Some people applied for the jobs, and some of them were African-American women.

Last week, at least 20 of the African-American applicants received emails from the employer saying this:

“Thank you for your interest in careers at Mantality Health. Unfortunately we do not consider candidates that have suggestive ‘ghetto’ names. We wish you the best in your career search.” 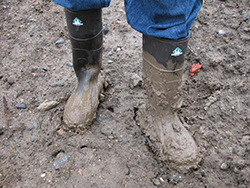 The applicants who received these emails were understandably hurt and outraged. One of the women, Hermeisha Robinson, posted her email on Facebook, saying “discrimination has to stop.” She got 11,000 shares. Needless to say, the story is all over the news, too, and the employer’s name is mud.

The employer, Mantality* Health Centers, says that its password for the online job posting site was compromised shortly before the racist emails were sent. Mantality believes that the culprit is a disgruntled employee, and that the alleged sender is innocent.

*That name isn’t a typo. Mantality is a clinic for men with low testosterone. Get it?

The job posting site, Indeed.com, says there is no evidence that it was “hacked,” but Mantality and the job site could both be right. If a co-worker with a grudge used the “sender’s” password without her knowledge, that would be a “compromise,” but it wouldn’t be a “hack” of the job site.

IT people, please correct me if I’m wrong about that.

In any event, Mantality and the “sender” of the emails might not be guilty of anything more than being careless with passwords. (I don’t mean to minimize that, assuming it happened. Guard your passwords with your life.)

According to Mantality’s Chief Executive Officer, “We are currently working with law enforcement to identify the perpetrator and consider appropriate legal action. We share the anger and frustration of those who received these bogus emails.”

I will be interested to hear the outcome of the investigation, but I can believe that Mantality may have been a victim of sabotage. First, I can’t imagine that any employer in its right mind would send racist emails like these to job applicants. (Racists usually try to hide their motives, not advertise them.)

The second reason I can believe Mantality is that I’ve been seeing this kind of thing a lot lately. Employers, beware: It is very easy nowadays to create phony emails and text messages. Anybody can do it.

I’m willing to give the benefit of the doubt to Mantality and its “sender” employee until we get the results of the investigation.

My general position on email and text message evidence is that it creates a “rebuttable presumption” that the message was sent by the person indicated as the sender. But if the alleged sender denies sending the message, or if the message (as in Mantality’s case) is so outlandish that it’s almost inconceivable that the “sender” sent it, or if there is any other information calling the authenticity of the message into question, then by all means check that out before taking action against the “sender.”

And good for Mantality for doing that. I hope they catch, fire, and press criminal charges against the real perp. (And maybe hire some of those women who got the emails.)