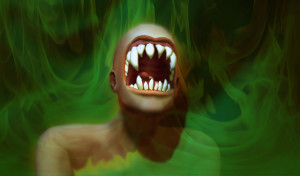 My first job out of college was as a non-exempt clerical, and I wasn’t a very “good fit.” The work aside, I chafed at the rigid rules about start times-stop times-breaks-lunch hours-quitting times. If there was some work that I wanted to finish up and it was “lunch time,” I couldn’t take the extra 15 minutes needed to get it done. I had to stop right then and there, and go to lunch, or at least stop working. I couldn’t start early or stay late, even if I was on a roll.

Well, come December 1, you can take my experience and multiply it by 4.2 million, the number of currently exempt workers in the United States who, according to the Obama Administration, will now become non-exempt under the Final Rule on white-collar exemptions under the Fair Labor Standards Act.

But isn’t becoming non-exempt a good thing? Because now these workers will get overtime whenever they work more than 40 hours in a week?

Yes, they will be eligible for overtime, but that won’t not necessarily be viewed as a net “positive.” Studies have shown that many exempt employees who are reclassified to non-exempt view it as a negative change in status equivalent to a demotion. Some may have cuts in their rates of pay to allow the employer to pay overtime without paying more in real dollars. Some may be prohibited from working overtime — in other words, getting all the “penalty” (loss of status) and no reward (overtime pay). Some may lose their flexibility in hours, or their ability to work from home. In addition, the obligation to track their time will be viewed by them (as well as their employers) as a new administrative headache.

In short, the mass reclassification that will have to take effect by December 1 has the makings for an employee morale nightmare.

Here are a few tips for employers to make the transition to “new non-exempt” less painful for the affected employees:

DO let the employees know that the reclassification was the government’s doing, not yours. This was required by a change in the law. It wasn’t your idea, and it’s not because of any fault on the part of the reclassified employees. Make sure that your new non-exempts know that they are still valued just as much as before. If your decision as a company is not only to reclassify your exempt employees but also to cut their rates of pay or to take away their flexibility, expect to have to work even harder to overcome their feelings of being devalued.

DO provide training on the many timekeeping issues that they haven’t had to worry about for a long time, if ever. If you decide to let them keep their flexibility, they’ll have to understand the importance of accurately documenting their time worked – even if it’s something as “trivial” as taking a business call in the car on the way to work or answering some emails in the evening at home. This is a very hard habit to start. 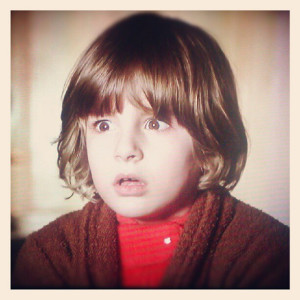 “I have to track my time now? Redrum! Redrum!”

DO get across that you really, truly don’t want them to “help” you by working and not posting the time. Many new non-exempt employees are going to think, “Rules, schmules, I’m going to do what’s necessary to get the job done. I just won’t put down that extra time, and no one will be the wiser.” You’ll have to persuade the new non-exempt employees that, yes, you really do want them to accurately post all hours worked — including those “do what it takes” hours. Train employees and their supervisors on this, and reiterate as often as necessary. Low-key, friendly reminders are helpful, too. For example, if you know that a new non-exempt worked through lunch on a project, tell him right then and there, “Be sure you include this extra hour on your time for this week.” It may take a while before employees start believing that you really want them to record all of their work time.

DON’T let the “new non-exempt” take off in the middle of the work day for personal stuff (or coming in late or leaving early) without accurately posting that. This is the other side of the “new non-exempt” coin. Many exempt employees are used to having the freedom to be late getting into the office, to take off in the middle of the day to go to their kids’ soccer games, or to leave early once in a while. No big deal, as long as the work gets done, right? Not anymore. If want to let your new non-exempt employees be flexible, that’s great, but they’ll need to accurately record their non-working time, too. (NOTE: If they’re being paid according to the fluctuating workweek method, then you’d normally have to pay them for a full week if they worked any time during that week unless the time off was covered by PTO.) 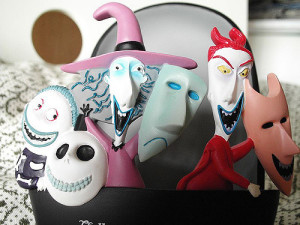 “We are the DOL travel time rules! Bwahahahah!”

DO learn the FLSA overnight travel rules because you’ll need to apply them. The rules during the workday are relatively simple: Commuting time (between home and workplace) is generally not compensable unless work is performed, but all travel time that occurs “in a day’s work” (between worksites) is covered, even if no actual “tasks” are performed. Travel time between home and an off-site assignment may be at least partially compensable, depending on the length of the trip.

But if your new non-exempt has to go out of town overnight, then all kinds of crazy rules apply. Make sure you know them.

The December 1 transition won’t be easy for employers, for a lot of reasons. But it will go a little more smoothly if employers remember to Reassure, Review, Reiterate, and Repeat to avoid the morale fallout that is otherwise likely to occur when exempt employees become new non-exempts.