March Madness is a Slam Dunk for Employees

March Madness is a Slam Dunk for Employees

But Employers Call A Foul?

The NCAA playoff games officially start on Tuesday, and chances are good that your employees are excited about two weeks of great college basketball. They’ll be talking at work, filling out the brackets, and (if sports isn’t a priority at your organization) they’ll be wasting time checking the game scores and team rankings.

According to an OfficeTeam/Robert Half survey of 1011 workers and 360 senior managers, employees will spend an average of 25 minutes a day on sports-related activities, a total of 6 hours during the tournament.  If you’re not a fan, don’t freak out. Chances are good that your team will still get the work done, even if they take an occasional “basketball break.” 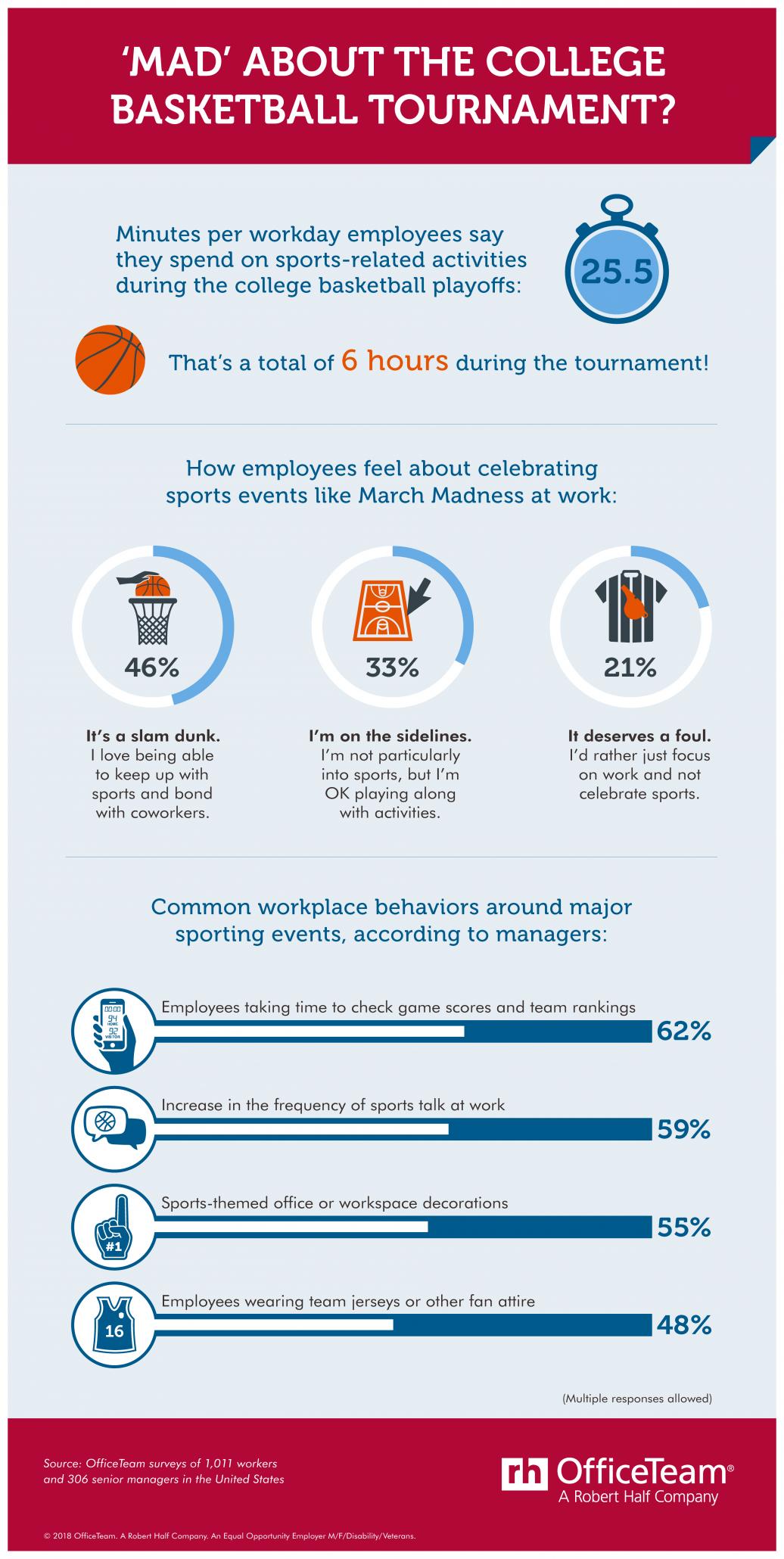