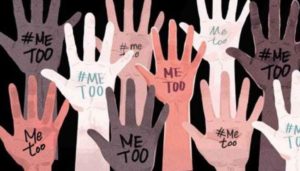 Number of sexual harassment charges filed with the EEOC jumps 13.6%

Retaliation was again the type of discrimination charge most frequently filed with the Equal Employment Opportunity Commission (EEOC) in fiscal year 2018, followed by allegations of sex, disability and race discrimination, the agency reported.

Among the 76,418 total workplace discrimination charges the agency received in the last fiscal year, 39,469 were for retaliation, accounting for nearly 52 percent of all charges filed. Discrimination based on sex was the second most frequently filed charge, with 24,655 charges received.

*The above adds up to more than 100 percent because some charges involved multiple types of discrimination.

“We cannot look back on last year without noting the significant impact of the #MeToo movement in the number of sexual harassment and retaliation charges filed with the agency,” said EEOC acting chair Victoria A. Lipnic.

The monetary recoveries the EEOC made through its enforcement and litigation program, Lipnic said, also were significant: $505 million for victims of all types of discrimination in state and local government and federal and private-sector workplaces.

“But the data also reflects what we anticipated since the #MeToo movement began in the fall of 2017,” Lomax added. “Sexual harassment charges [have reached] a new high over the last seven years. The EEOC also tracks a broader category of charges involving sex-based harassment, which showed a 5 percent year-over-year increase.”

Erin Williams, shareholder at Ogletree Deakins in the greater St. Louis area, said she thinks there is a perception in the U.S. now that harassment allegations will be taken more seriously than in the past.

“I think that’s encouraged a number of individuals to come forward with their own stories,” she said. “There are still inherent barriers for many employees to make these types of claims—fear of retaliation, fear of losing their jobs, fear they won’t be taken seriously. Many companies are working hard to make sure these claims will be taken seriously and try to allay the fears of retaliation.”

The EEOC takes reports of harassment very seriously, she pointed out.

“This is definitely a priority for the EEOC. … Employers should be particularly sensitive to making sure their policies are up to date, that they’re promptly investigating claims and taking all steps to make sure that employees are not retaliated against.”

SHRM Online collected the following items from its archives and other outlets on discrimination in the workplace.

Workplace Discrimination Is Illegal. But Our Data Shows It’s Still a Huge Problem.

Thousands of people report job discrimination to the government each year. Employers are rarely held accountable. And no group of workers alleging discrimination—age, gender, disability, or otherwise—fares well.

Quiz: Can You Recognize Workplace Discrimination?

Several federal laws include provisions intended to prevent workplace discrimination. Compliance with the letter and spirit of these laws can seem complex and fraught with intricate processes. Find out how well you know key protections of major laws with this quiz.

The EEOC offers tips on what a small business should do if it receives notice from the federal agency that a charge of discrimination has been filed against it.

A bipartisan bill that has been introduced in the U.S. House of Representatives and the Senate would make it easier for older employees to prove when they are victims of age discrimination in the workplace.

*This article is written by  Kathy Gurchiek and published on April 12, 2019.  SHRM online.