Workplace rules are back, baby!

The Memorandum was based on the Board’s decision in The Boeing Company, issued in December 2017. Before Boeing, the NLRB under the Obama Administration had taken the position that these policies were unlawful because they could have a “chilling effect” on employees’ exercise of their rights to engage in “protected concerted activity” under Section 7 of the NLRA.

So, without further ado, here are nine standard employment policies that the Board says are legal again, absent evidence that they’re being applied to protected concerted activity. (Welcome back!) I’ll also go over workplace rules that continue to violate the NLRA, and workplace rules that will be evaluated on a case-by-case basis.

Workplace Rules that are presumed lawful

No. 1: Civility rules. The Equal Employment Opportunity Commission must be happy about this one because their proposed guidance on workplace harassment recommended civility training for employees as a harassment-prevention measure. The EEOC had to include a footnote that its recommendation could be problematic from an NLRA standpoint. (I’d been recommending to clients that they restrict civility training to management until this conflict between the EEOC and the NLRB was resolved.)

Conflict hereby resolved! According to the General Counsel, an expectation of civility does not interfere with employees’ right to engage in protected concerted activity because they can almost always criticize the employer, or individual supervisors, in a civil manner.

No. 2: No photography, no recording. Although there are occasions when employees may want to photograph or record working conditions or labor protests, the General Counsel says, for the most part rules prohibiting unauthorized recordings have no impact on Section 7 rights and therefore are lawful. However, “a ban on mere possession of cell phones at work may be unlawful where the employees’ main method of communication during the work day is by cell phone.” In other words, the ban should be on unauthorized recording, not on possession of a device that can record.

An employer has a legitimate and substantial interest in preventing insubordination or non-cooperation at work. Furthermore, during working time an employer has every right to expect employees to perform their work and follow directives.

Duh. It’s sad that this even had to be said, but thank you, General Counsel Robb, for saying it.

(Of course, if the “insubordination” is engaging in protected concerted activity, then the application of the rule would violate the NLRA.) 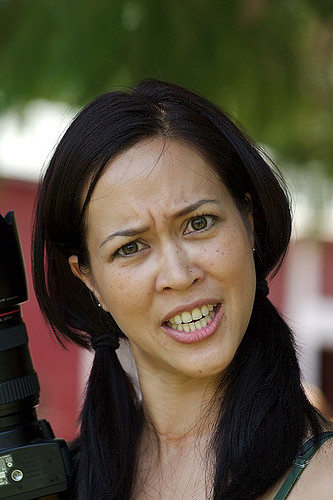 “What’s the difference between ‘tomfoolery’ and ‘shenanigans”?”

There may, however, be instances when some of this activity is associated with a strike or walkout and may be protected. And you can’t ban strikes or walkouts.

No. 6: Bans on defamation or misrepresentation. According to the General Counsel, because “defamatory” statements or “misrepresentations” imply some level of deliberate falsehood or misleading, “Employees will generally understand that these types of rules do not apply to subjectively honest protected concerted speech.”

Employers have a significant interest in protecting their intellectual property, including logos, trademarks, and service marks. Such property can be worth millions of dollars and be central to a company’s business model. Failure to police the use of such property can result in its loss, which can be a crippling blow to a company. Employers also have an interest in ensuring that employee social media posts and other publications do not appear to be official via the presence of the employer’s logo.

No. 8: Requiring authorization to speak for the employer. Yet another “duh” moment: “Employers have a significant interest in ensuring that only authorized employees speak for the company.”

No. 9: Bans on disloyalty, nepotism, or self-enrichment. Even the Obama Board didn’t have much of a problem with employer rules that banned (or required disclosure of) conflicts of interest, or employees who had financial interests in competitors of the employer. The Trump Board agrees.

Workplace Rules that are presumed unlawful

The Memorandum lists two types of employer rules that will continue to be found unlawful, and I believe most employers are already aware of these:

*Prohibiting employees from discussing or disclosing information about wages, benefits, or other conditions of employment.

*Prohibiting employees from joining outside organizations or “voting on matters concerning” the employer.

These rules are directly related to activity protected by Section 7 of the NLRA. Therefore, they are presumed unlawful, and NLRB Regional Offices are instructed to issue complaints “absent settlement.” (The Regional Offices do have the option of asking for advice from the Office of the General Counsel if they think special circumstances apply.) 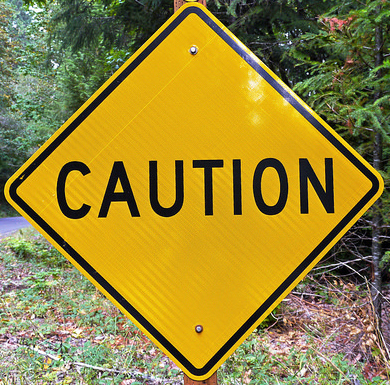 The Memorandum also discusses some “gray area” rules, which may or may not violate the NLRA depending on the circumstances. The following types of rules will be submitted to the Office of the General Counsel and evaluated on a case-by-case basis:

*”Broad conflict-of-interest rules that do not specifically target fraud and self-enrichment . . . and do not restrict membership in, or voting for, a union.”

*Broad or vague “employer confidentiality” rules that don’t focus on confidential and proprietary, or customer, information and that don’t specifically restrict Section 7 activity (discussion of wages, benefits, or other terms and conditions of employment).

*Rules restricting use of the employer’s name, rather than just its logo or trademarks.

*”Rules banning off-duty conduct that might harm the employer.” A little vague.

For the past several years, employers have been struggling to comply with the Board’s interpretations while retaining the right to maintain some semblance of order in their workplaces. The General Counsel’s Memorandum is a giant step in the right direction.