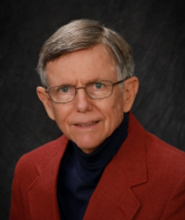 Long time GEA Executive Director David Whitaker passed away on Friday, November 17, at his home in Danville, GA. David will be remembered as a kind and caring gentleman and a quiet leader, who accomplished much without drawing attention to himself. David joined the Georgia Employers’ Association in 2002 and later became Executive Director.

David lived on his family farm in Danville and enjoyed life in the country. He was a former President of the Georgia Cattlemen’s Association and a member of the Georgia Farm Bureau. Church and faith were important to him and he was an active member of Mount Zion Baptist Church in Danville. David was a National Guard veteran.

Close friend and associate, Pete Tosh, remembers David as “a servant leader who never wanted to take credit for his accomplishments. David cared more for others than himself. I never heard him say an unkind word about anyone.”

Current GEA Executive Director, Mike McCurdy, adds “David took great pride in providing professional advice with personal care each time he assisted a member or became involved in a situation. I always enjoyed our friendship and time we spent together in the office, during seminars, or just by phone. David will be greatly missed.”

David built strong relationships with GEA members and associates and will be remembered for his trustworthiness and solid dependability. Meticulous with details, members knew that they could call on him with any issue or question and be assured that David would be willing to help and to find the answers they needed.

David is survived by his son James D. “Dave” Whitaker, daughter Dr. April Whitaker, and sister Shari Dobbs. He will be missed by family, many friends, and by all of us at GEA.