Why Utilizing an Executive Coach Has Become So Popular

Why Utilizing an Executive Coach Has Become So Popular 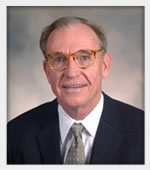 By Pete Tosh, Founder of The Focus Group

Michael Jordan, Michael Phelps and Peyton Manning had coaches. Tiger Woods had several coaches. And as one client said to me – indicating his interest in having a coach – “Even Tom Brady has a coach.”

An Executive Coach becomes a partner in a leader’s learning process – providing pertinent techniques, perspective and experience. Executive Coaching is a proven means of accelerating leadership development – so increasingly, businesses are engaging Executive Coaches to:

Executive Coaching is useful to both accelerate the development of managers with high potential and to help those who are experiencing performance challenges. But it always involves individuals whose leadership and growth potential are highly valued by their organizations. As Executive Coaching has become so common, any stigma attached to receiving it at the individual level has disappeared. Now, it is often considered a badge of honor.

Executive Coaches while being confided in serve in the roles of supporter, co-creator, confidant, accountability colleague, catalyst and a partner who shares the goal of achieving the desired business outcomes. Coaches need to be focused and determined but

caring. “Does coaching work? Yes, good coaches provide a truly important service. They tell you the truth when no one else will.” Jack Welch, Former CEO of General Electric.

There is no ‘one size fits all’ approach to Executive Coaching. It requires a customized plan that addresses the needs as defined by the organization and the leader – and that the leader will commit to implementing.

#2 Building a Coaching relationship with the manager

#3 Establishing and managing a process of providing Coaching assistance related to the pre-established objectives while:

#4 Evaluating the success of the Coaching experience