On July 24, the House Education and Workforce Subcommittee on Health, Employment, Labor and Pensions held a hearing on the Workflex in the 21st Century Act. First introduced in November 2017, the proposed legislation is based on a framework developed by SHRM. It would provide a combination of guaranteed paid leave and increased options for flexible work arrangements (workflex) from employers that opt in to the system. 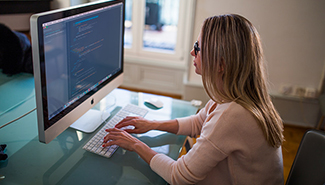 If passed, the legislation would amend the Employee Retirement Income Security Act (ERISA), allowing participating employers flexibility to implement arrangements including compressed and bi-weekly work schedules, telecommuting, job-sharing, and flexible scheduling. Employers would voluntarily provide full- and part-time workers a guaranteed minimum level of paid leave along with at least one workflex option. The new ERISA-covered plan would pre-empt a burgeoning list of state and local paid leave and workflex laws, but would not affect protections afforded under FMLA.

Calling the proposed Act a “win-win for businesses and their employees,” Subcommittee Chairman Tim Walberg (R – Michigan) voiced Republican support for the measure. Opponents question provisions that would permit overtime calculations on a bi-weekly basis and allow employers to define “compensable leave” that theoretically could eliminate sick days and holidays.

SHRM supports the proposed legislation as a positive step to provide flexible work arrangements that help workers achieve a healthy work/life balance and to replace current government-mandated leave requirements. Proponents also see the measure as a remedy for the growing patchwork of state and local laws.

SHRM has published a Fact Sheet about the new legislation, available on their website.